Fruits grow well in the Jordan Valley. One product that is growing in popularity is the Medjool date. Jordanian farmers are eager for European consumers to discover the high-quality dates they have to offer. To help producers in Jordan do business internationally, CBI started a 4-year project in 2018. 2 Farmers tell us about their experiences and what they learnt from the project.
Read More »Jordanian farmers experience success in Europe with Medjool dates 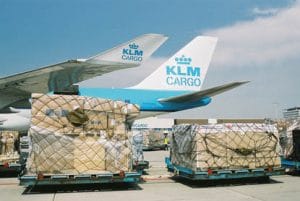 The Netherlands is a gateway to Europe and the Dutch economy depends ond the trade flows of also horticultural produce. However, there are indications that the airfreight situation from Kenya to the Netherlands, with respect to floriculture products, is not optimal. Hortiwise has therefore, with the support of the Netherlands Enterprise Agency (RVO), carried out a study on airfreight in the horticulture industry.
Read More »Airfreight Study Kenya

As you might be aware, the General Data Protection Regulation (GDPR) will come into effect on 25 May 2018 which will harmonize existing data protection… Read More »GDPR/AVG ProVerde bv

The Jordanian production of fruit and vegetables is considerable and even has room for expansion. Exports to most of its traditional markets Syria, Iraq, Lebanon, Eastern Europe and Russia are under severe pressure because of closed borders, due to the Syrian crisis. Alternatives to reach the Eastern European and Russian markets, aren’t competitive or couldn’t be realised so far. Exports to Saudi Arabia and other Gulf countries are rising but cannot compensate all losses. For exports to high end markets, such as EU / EFTA, the sector doesn’t have the capacity yet.Read More »Export value chain analysis of the Jordanian fruit and vegetables sector

Last Thursday CBI organised its first webinar to present the findings of a tailored intelligence study on the market for tropical flowers from Colombia in the Middle East. 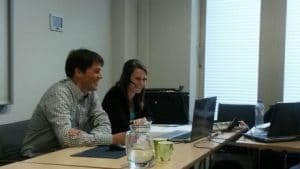 The Centre for the Promotion of Import from developing countries (CBI)  has asked Milco Rikken from ProVerde to conduct this study especially to provide the Colombian tropical flower companies in CBI’s export coaching program with information on possible export markets for their products, outside of Europe. To increase this trade, market intelligence is needed on promising markets, market channels and segments, buyer requirements and tips for finding buyers.

CBI organised this webinar together with one of its project partners Procolombia. The webinar was a way to reach flower companies in different locations in Colombia all at once. Around 30 companies attended the webinar and were able to ask their questions about the study.Read More »Market insights on tropical flowers from Colombia for the Middle East market

If you are living in the Netherlands and you’d like to give your career a performance boost, then this might be of interest.

This fall, a new series of Masterclasses for starting managers and anybody with aspiration for a management career is organised by the team of High Performance Training. The new 5-step training programme consists of five one-day Masterclasses (in English) which will boost your professional performance.

The highly recommended and reasonably priced Masterclasses by High Performance Training are always characterised by a very hands-on and interactive approach. It will give you practical tools and solutions that you can apply directly in your working environment.

Colombia is one of the leading players in the international market for cut flowers. The lion’s share of its flowers are exported to the United States (about 75%), with other markets such as Russia, Japan and various European countries taking less than a quarter. Despite the country’s efforts to differentiate its products and comply with international social and environmental standards, Colombian exports of cut flowers to Europe have been stagnant for decades. Read More »Sustainable Flowers in Europe

The European flower industry is increasingly realising the full impact of effective cold chain management – and the risks of deficiencies in this key area. Better cold chain management, to them, means higher quality, less risk, less waste and more profit. Demand for cold chain protocols and service level agreements is growing. Particular supermarkt chains, whose role will continue to grow, are doing tests and developing new and higher standards themselves. They are changing the very nature of flower trading by introducing closed supply chains involving just the growers and themselves. Read More »Buyers keep pushing for improved cold chain management in the flower industry

FloraBritain is up and ready to serve the British Florist 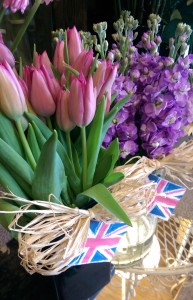 Shocked at the fact 750 million stems are grown in the UK with the majority going into the supermarkets and very few making it to the skilled hands of the British florists, FloraBritains farmers have joined forces to put an end to this.

The charm of British flowers is their seasonal availability, only blooming at certain times of the year then blessing us with their presence. Many varieties such as Tulips, Stocks and Sweet Williams are currently in season, yet just around the corner you can expect an abundance of varieties such as Peonies, alliums and Sunflowers who are all currently battling the Great British weather to flower and fight for our attention.

The current resurgence in British flowers means that the demand for home grown blooms has never been greater, consumers are actively seeking fresh British Produce and until now there has not been a way for florists to meet their customers demands.
Read More »FloraBritain is up and ready to serve the British Florist